About Me / This Site🔗 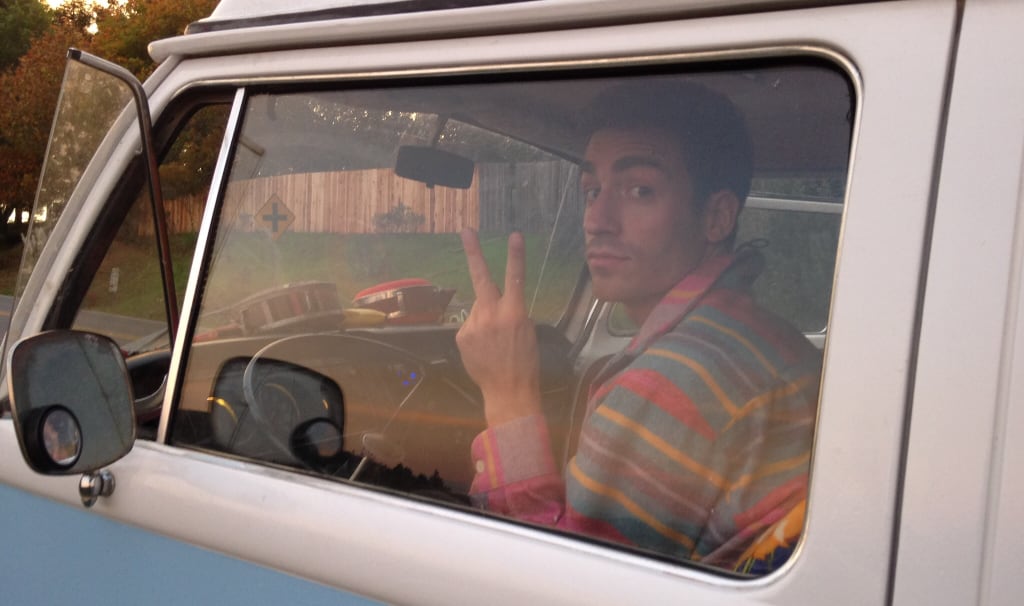 Hi! My name is Spence, and this is my personal website, home to whatever makes spence 😅. I'm originally from TX, where I went to school in Austin for computer science, but I've been living in the Presidio of San Francisco, CA for the better part of the last decade. After the last company I worked for, Credit Karma was acquired, I came to Oaxaca, Mexico to lie low for the pandemic, and enjoy a change of scenery from SF, while I work on an exciting, secret tech project. After about a year off and on in Oaxaca, I've since come to Bologna, Italy, to connect with my roots.

I like to spend my free time making things, and I use the word "project" mentally to embody a unit of anything that I make or goal that I work towards. I haven't been always very good about documenting the process, but I am now slowly adding new and old projects to my site .

Pictured above is one of my longest, ongoing projects, my 1969 VW bus named "Olena", which I bought in 2016 and took to Montana for the summer. Since that trip, I've been slowly restoring her. This project in particular has been a huge challenge, with a lot of lessons learned.

Another big project, too big to document really, has been my home in the Presidio.

Finally, I'm currently working on an exciting secret project, which is a startup idea. If you're interested feel free to reach out, and I'd love to share more and get some feedback.

I also love to listen to and play music, mainly piano and guitar, but I also play a little bass, drums, and harmonica. It's been something that I've been doing my whole life in some form or another.

I'm mostly interested in original stuff, and a lot of my influences have been older sounds like The Beatles and The Beach Boys, as well as newer sounds coming out of the LA scene over the last decade, such as Jerry Paper, and The Mild High Club. The vibe that I seek is sort of a psych-thing, like Tame Impala, that is still very melodious, like The Beatles, with occasional rich harmonies, like The Beach Boys, and a modern yet vintage sound, like Benny Sings. I've also started listening a lot to some European and South American artists.

A lot of what I do though when I play though isn't really productive and doesn't end up becoming music for anyone besides myself. During these times a sort of just vibe and let the music flow, while trying to be conscious of my musical cliches. I think through this time I've drifted towards a more jazz sound, and as such I've always been fascinated by music theory. Some of my favorite jazz musicians/composers are Thelonious Monk, Bill Evans, John Coltrane, Charles Mingus, and Miles Davis.

Well, I'm a software engineer, so I guess that means I write code and have a lot of opinions about it. Personally, I'm really skeptical that any of those opinions can be communicated in a way that is useful or compelling to someone who hasn't already convinced themselves of their veracity or utility. It's honestly a very weird thing to talk on the internet, in front of other software engineers, about tech stuff, because you always feel so stupid while doing it, unless you spend a lot of time perfectly articulating how you feel, and then you feel stupid anyway for spending so much time on such a silly subject.

Any way, I'm going to try and share my thoughts and feelings about a lot of tech stuff, because I truly do feel very passionate about it, just know that I'm also pretty open-minded, and have a pragmatic philosophy. That being said, I really like rust and want to do more stuff in that. I spent a lot of time writing scala, and feel like I experienced several moments of enlightenment throughout my life writing scala. I'm interested in a lot of systems stuff, databases, as well as more computer-sciency stuff like formal verification. I guess also the intersection of those things like distributed systems, which is really where I have the most experience as an engineer. Software design is also an area of interest, but it verges into the territory where there area lot of competing opinions, so it's not always so easy to articulate what exactly I think in this area.